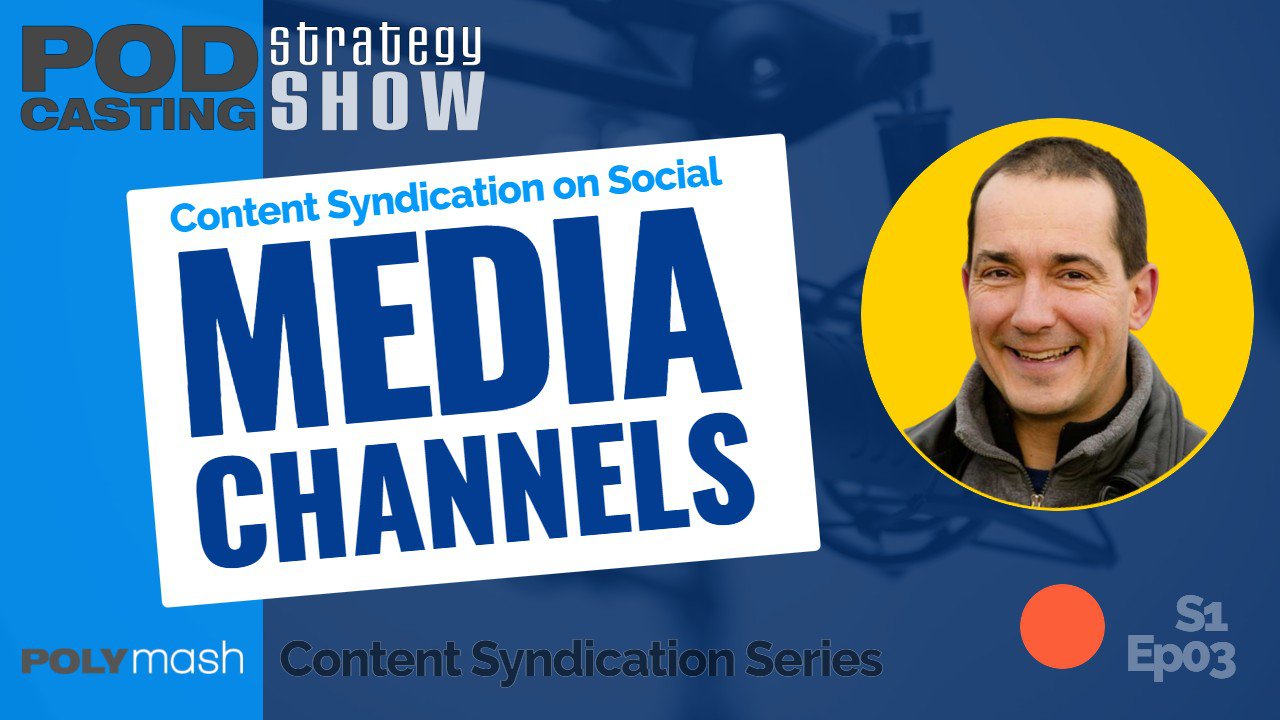 In this episode we’ll continue to explore how we promote and produce our client’s podcasts. This episode dives into how publishing to social media channels is only the initial promo push for new episodes. We have found value to extended reach outside our clients existing followers, by including influencer marketing.

Today we'll explore how social media marketing is contributing to the entire syndication process. This includes publishing not only to your own channels, but we especially focus on reaching new channels outside of your current networks as well. So let's get started.

First, a quick recap of last week's episode on how the content syndication process works over time and the importance of timing in it.

We, on day one, publish to your primary website, but then trickle out publishing to more and more websites over the next three weeks. That's something that we covered in the last episode. So if you hadn't seen that, go back and check it out, because that's really what is driving the process of earning site rank and getting signals that show up on Google.

Then we add to that the social media strategy and social ranking signals will also contribute to the visibility of your podcast, not just in terms of traffic, but also in terms of site rank. That's what we covered in last week's episode.

Focus on Is Social Media Channels and Our Syndication Platform

So today, what we want to focus on is social media and the content syndication platform that we use.

We will go into some details about that in upcoming episodes, but that platform connects to all major social networks for our clients and we distribute and share the SEO-optimized show notes articles through that platform.

To clarify, our social media channel programs don't include interacting on our client's behalf on social media platforms, meaning we don't follow, we don't reply, we don't engage with our client channels. We publish and syndicate content for them, but the engagement and the follow through is up to them. However, that said, engaging with an audience is super important. It's just that we don't do this as part of our programs, which in this first season we're kind of explaining how we as a podcast production and marketing agency are approaching this for our clients in the hopes that you will find that useful.

That said, we're not sort of a VA shop where we are managing social media and following people and subscribing and responding to events that happen on the social channels. That's up to our clients to manage. But we highly encourage people to be as active as possible. It's just that we don't do it on people's behalf. Let's look at some of the platforms.

For most clients, we find that Twitter is a valuable content platform, especially for the initial podcast show notes distribution. It has a much greater frequency tolerance for posting than Facebook, for example, or LinkedIn, where you would not constantly want to share the same piece of content, even if it is in different formats.

The role of hashtags

The other thing that's important about Twitter is that it supports hashtags, like Instagram, which make content visible to people outside of your immediate contacts who may be following those hashtags and then get to see your content, even though they are not followers of yours. That's a fundamental difference between how Instagram works and that's why people put so many hashtags in the Instagram posts and the same is true for Twitter.

We use actually some AI-based hashtag research tools to identify the top trending tags associated with each piece of content, so that each episode gets its own research into what is the best hashtag to use on either Twitter or on Instagram. But it's important to do that research because that's what makes those platforms special.

For our premium programs where we actually do post variations, that's the concept of mixing and matching different images and different messaging in different variations, and that allows us to publish more frequently on a platform like Twitter, for example, because within seven day timeframe, Twitter doesn't allow duplicate posts.

So you have to do something to make each post different. Our premium programs basically cycle through a combination of five different images and five different messages, and that results in 25 different variations that we can schedule and roll out over a timeline, a much longer timeline. Sometimes that's up to a half a year. This whole post variation thing is another separate future topic for an episode because it's really interesting.

Focus on the Best Media Channels

The effectiveness and what best platform to use through the first and initial social media push depends a lot on where our clients are most active and have the largest following. So some clients have a large following on Instagram. So of course we would publish there or maybe even focus on that.

Others have largest followings on Facebook pages or inside public or private Facebook groups. So we would focus on publishing there.

LinkedIn as a syndication channel

LinkedIn is another quite effective platform and we can schedule timeline posts as well as posts that get added to the LinkedIn company page. Now, we only publish to the LinkedIn company page one time because when people go there and they look at the content that you as a company have produced, you don't want repetition. But on your LinkedIn profile pages, they act very much like a Twitter feed and it's okay to repeatedly post there. We recommend doing that and we do that for our clients. All the major platforms are usually something that you would want to include in the initial push.

The Limitations of Staying Within Your Own Social Media Channels

But that said, all these things approaches are limited. The way that they are limited is they're limited to the size of your existing audiences.

The question that we really focus on and that we ask is how can you reach new audiences outside of the people that you already follow?

That is why we augment our social programs with influencer marketing. I'll explain that in a minute, but here's a screenshot of a one month campaign.

The way that this works is that we've partnered with some networks that basically will consider your content for promotion and consideration. So there's an approval process.

But if it is accepted into the influencer network, what happens is there are other people with large followings promoting your episode, your content.

This can easily boost your social presence with tens of thousands of social media shares and hundreds of resulting clicks.

This case study illustrates that it's only four episodes in a single month and these four episodes were shared two and a half thousand times and that resulted in over 500 clicks and visits to the website.

So this can be a very powerful construct. The important thing is is that it extends your network and we very carefully select which influencer niches we go after. In this example, for example, they were women in business and women's fashion. There was one podcast guest that was in the food services so we promoted that through the food and beverage industry. Another one was entrepreneur and startup stories. So this can be a very effective methodology to reach outside of your own network.

The whole purpose of a program like that is imagine the traffic that you could build if influencers with large followings in your niche were to frequently share your content. The way it works is we submit it for consideration.

Why you need long form SEO optimized show notes for this

The last thing that I would say is is that this only works with longer form show notes. In other words, this is why we only offer this to our SEO optimized notes clients, because that's when we create long form show notes that look like authority long articles of content. A 300 word article or a 300 word brief show note is not going to get accepted in most influencer networks.

They're sort of speaking on your behalf in this case. But the concept is that, okay, you're reaching beyond only the followers that you have. Once influencers are getting to share this, you just really extend the possibilities of your reach. The end result, the cumulative effect of it is is that your own audience then has a chance to grow. Of course, the social signals that are sent by all of this then also contribute to your site rank and your search presence, which is the whole reason that we do this first and foremost.

Now, I don't really prioritize the traffic increases that you get from it as much as I value the fact that this helps site rank, search presence and has more of an evergreen effect than these shares that are really only limited to the week in which they're happening or the week of your launch or the week on which these promotions happen. That said, the influencer networks, depending on how evergreen your content is, accept your co-posts for up to a year of circulating and so that's another plus.

So that's some food for thought in terms of how social media and content syndication on social media can be very effective.

Next time in the next episode, we will explore the advantages of publishing to content hubs and content hubs are places that already have an audience like Medium, for example, and other places and other networks that we publish to and that also generate backlinks and promotions for your content. So that's up next.

Where To Join This Series

In the meantime, please find us on YouTube if you are watching this on video. We can be found under the Podcast Growth Channel. Just Google that and you'll find it.

You can also follow us on Twitter and find us on Facebook at Polymash, on Instagram under @Polymashdesign. Of course, we would love it if you followed us on podcastingstrategy.com, which is our primary site for this podcast.

Over to you: What are your thoughts? Let us know in the comments or contact us, I’d love to hear from you!

Hi, my name is Juergen Berkessel and I’m a digital strategist, inbound marketing coach and podcast producer living in Bradenton, Florida. I like to help our clients design and deliver their digital presence and products as cool, useful and meaningful experiences — regardless of the medium. I’m passionate about design as well as podcasting, aerial, architectural and interior photography.

Stay up to date on all podcasting news, reviews, and much more! 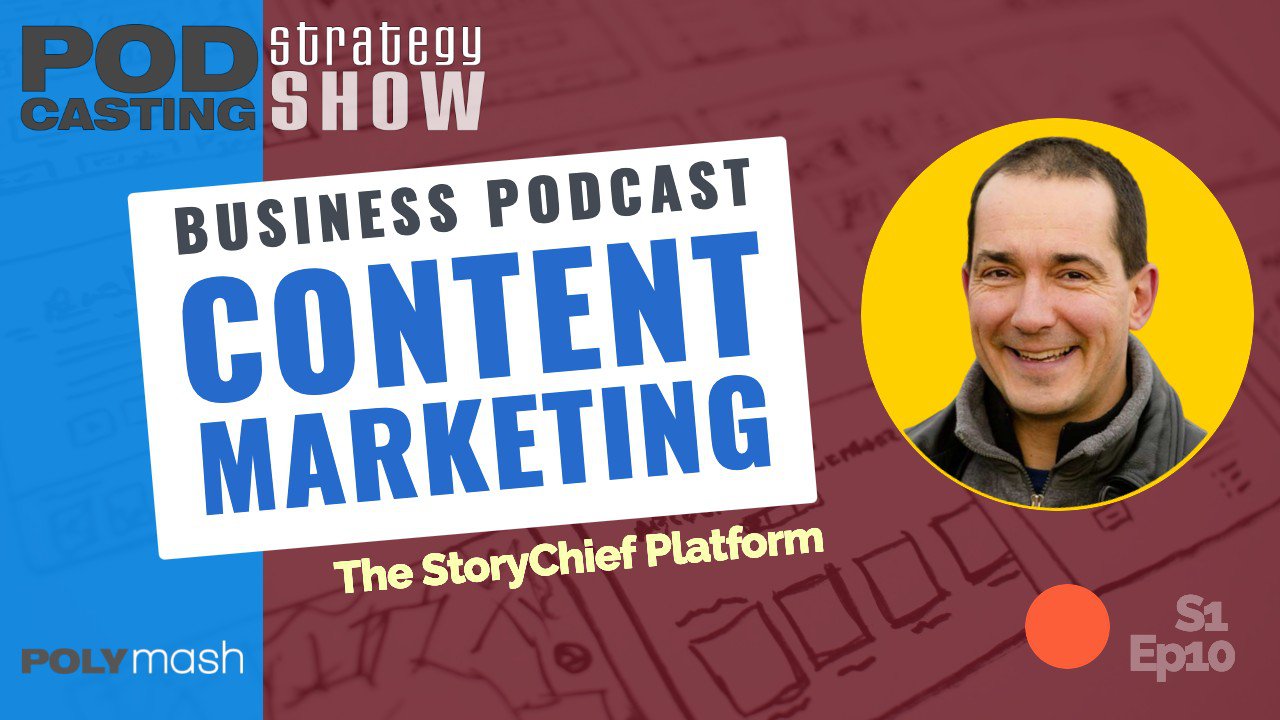 How Business Podcasters Can Optimize Growth Through StoryChief Content Marketing 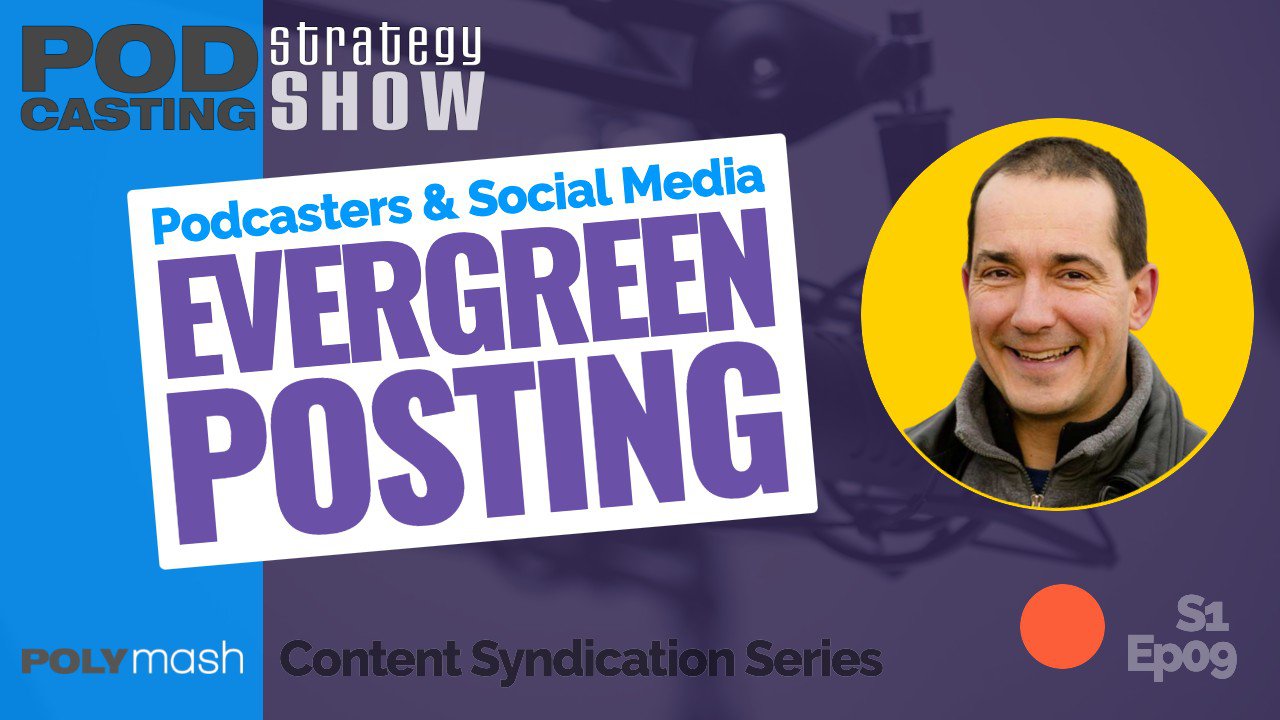 How Evergreen Posting On Social Media For Podcasters Creates Growth 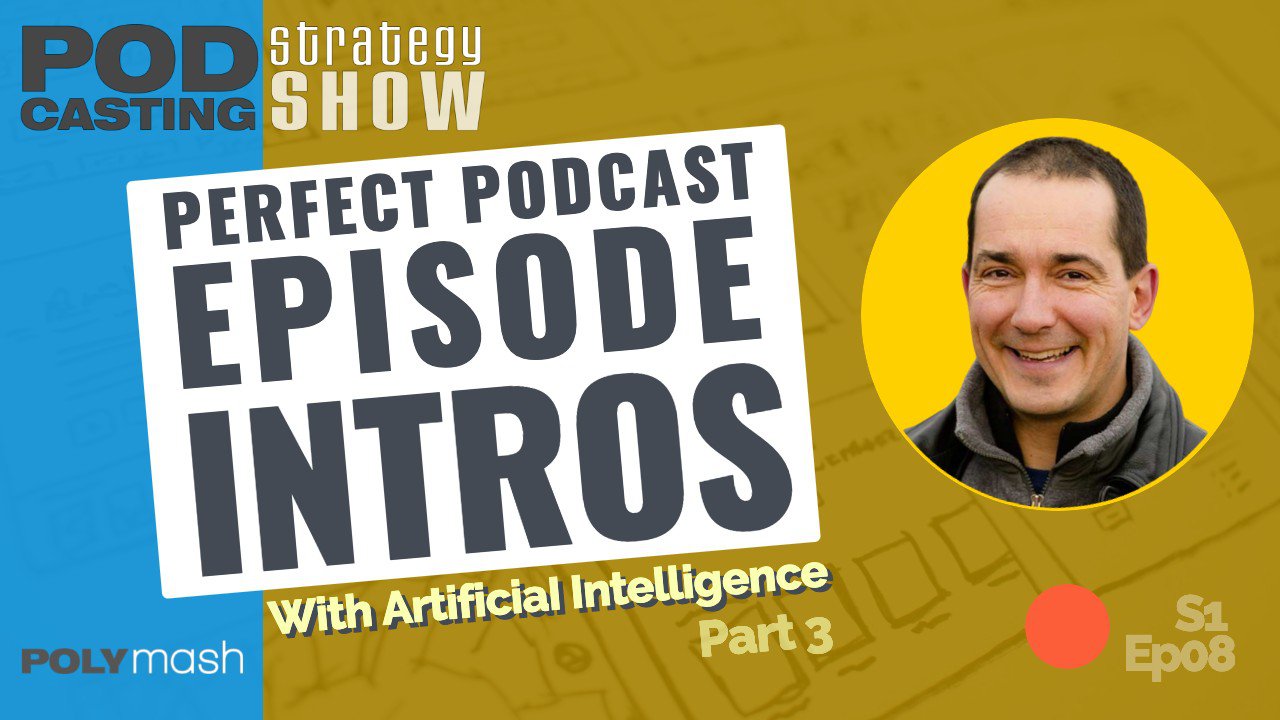